I’ve always looked up to my mother. Not just because she is incredibly hard-working, ambitious, and driven, but partly because of her mystery.She doesn’t talk too much about her past until pried or late, late during holiday get-togethers and the little glimpses I’ve gotten have always left me wanting more. Like Aziz Ansari, I want to know more about the story that has led her here and essentially me to where I am today. In trying to follow her footsteps, I have found my own – carved and supported by the footsteps of giants who have come before me.

When my mother went back to Guyana for the first time in 30 years, I remember hearing about the baths first. They were still using  hot water from the stove and a bucket. My mother shuddered at the fact it was still a reality, “I left that in Guyana.” She willingly admits the comforts she appreciates and prefers in the states. A young girl of about 8, I wanted to take the bucket baths like my mother. Lather up one good time and dump the pot over my head. But looking back I had. She and at times my auntie would bathe me with a blue bucket and a green wash rag. I shivered in the cold when the water was absent and scrubbed my knees extra hard to get all the dirt out. I had been younger then and an 8 yr old mine quickly forgets. I wanted to take the bucket baths now. Again. Like mum.

I spoke earnestly of Guyana as a child. Every winter, I begged mum to take me. I told her I wanted it all – the outhouse, the bucket baths, the chickens. “Why do you want all those things, Tiffany?” she scoffed in disbelief. “You have so many nice things here. That’s why I came to America. So you could have all these.”I wasn’t ungrateful, just curious. These things were not just Guyana, they were her. As much as she claimed American, she could not hide the Guyanese heritage. Her accent still showed ever so slightly; in the stores, the cashiers would always ask her where she was from. You sound like you’re from Britain or South Africa, they would say. In that moment, I believed we could be anyone, but she always answered Guyana. I never could hear the accent, but the creole would fly when I was in trouble. And I could always count on there being curry in the cabinet, even though she wasn’t much of a cook. Guyana had left its remnants throughout the house, as much as mother tried to hide them behind the white walls of a suburban home. I knew Guyana had helped give her all the things I admired –  the flare, the work ethic, the desire for success. Perhaps if I knew a bit more of that side, I thought,  I would become a woman like her one day.

She rarely spilled them herself, but every so often the stories from “back home”would slip. These stories I only remember in the thick Guyanese accents of my aunts – those I would mimic as an adolescent and the creole I knew but could never repeat confidently. On a winter evening during a break from college, I was helping my aunt in the kitchen, preparing chicken. “Your mother never could kill the chicken.” she said, smiling at me. Mum would never have told me this. “Tell me more!” I exclaimed, wide-eyed and bushy-tailed.

My mother was the plucker. Although she was the oldest of the girls, she was never too keen of the main responsibilities like killing the chicken. She preferred to boil the already-dead chicken and pluck its feathers instead. Back home in Georgia one day, we had gone to Publix to get some amazing chicken tenders, King’s Hawaiian rolls, and packaged chicken to cook later that week. As we were leaving the aisle, she noticed that there remained one tiny feather in the bird. “Ugh!” she sighed, heavy with frustration. “All this processing and they still leave a feather in there. This would have never happened if I plucked it.” Nobody had been a better plucker than my mother.

I, however, had found a way to best her. I would do what my mother never could – kill the chicken. No matter how I tried to tell the story to others, I still received the most perturbed looks. Some considered putting me in an institution, some laughed. Others gave no comment at all. But still I was on a mission. I took that mission with me to Ecuador in the Winter of 2015. I was working on a cacao farm and they raised chickens for their meals. Could this be my chance? I eagerly explained to the woman of the house my desire to help her kill one of the chickens for our meal that night. She laughed and handed me a chicken upside-down with its feet already tied. While I thought I was just going to cut its neck, here, they wrung the necks of the chickens. I initially froze in horror, but conquered the fear. I had outdone my mother. I had killed the chicken.

In many ways, my life weaved and twisted its way through her past, meeting on occasion. While I was a young college student, she would tell me about all the fun she had in Davis Square while she was at Tufts. As a young college grad, I  moved to Davis Square and enjoyed many nights singing karaoke in bars or Sunday mornings at brunch. She had been an avid traveller when she was young and still is, and was a lover of languages. As a child, I’d caught the travel bug from her and picked up the languages along the way, finding ways to blend into the cultures in France, like she did, and Colombia. Her one regret had been not spending a year abroad after college to solidify her language skills, yet I took the leap and moved to Colombia. Yet while she prefers finance, I prefer agriculture. To her Europe, I choose Africa, and to her perms, I sport curls.

Despite our bonds and similarities, in the end, there’s still so much I don’t know about her – something new I find with every unearthed photo album and with every family vacation. Newark New Jersey always fills me with rare, precious moments. Thanksgiving 2016 was one of those. My mum, was sprawled out on an air mattress, hair tied, forever radiant. Her sister, my surrogate mom in the north, organized letters on the table. I, eagerly clutched a warm cup of tea. Mum seldom made it up to the north for the holidays. She hated the cold and preferred to spend her Thanksgivings or Christmas on a beach instead of stuffing a turkey or stringing up lights. To see her in action with her sisters was one of my life’s greatest delights. “Allie, remember back home how…” She was much more open on sharing now a days. I might have failed to mention the bit of rum in her eggnog. Gingerly, I asked the prying questions. What was a calabash? How long did it take you to get to school again? What was the infrastructure like in Guyana back then? The calabash was a gourd they hollowed out and dried to use as a scoop for everything. In this case, it had been to scoop the water from a pot for a bath.

I vaguely remember the calabash now. She had first mentioned it during our trip to a colonial museum that focused on the enslaved people’s in Curaçao. As the tour guide herded us along, my mother would lean over and whisper in my ear.

“We had that back home.”

“That’s what we would use to brush our teeth.”

“Oh my gosh I haven’t seen that in so long.”

It is quite a peculiar feeling to have your mother narrate her life through the objects in a slave museum. We are not as removed as we think. As we moved through the museum, I thought over my life and hers, and Maya Angelou’s words rung in my head. She and I both are the hope and the dream of the slave. 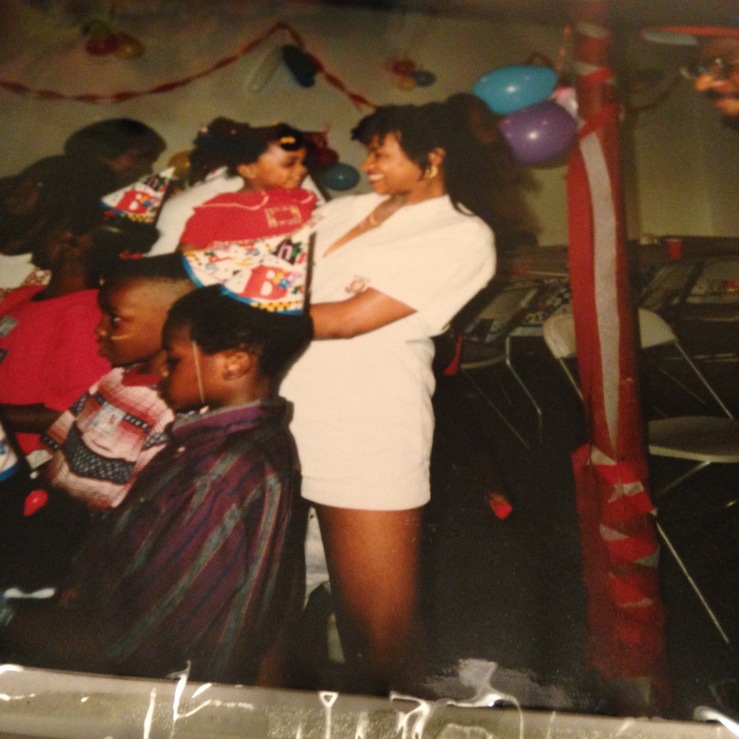 Back on the air mattress, she spoke of the long walks to school, moving from family house to family house to go to school in the Big City of Georgetown. How, as a little child of 9, she navigated a floating bridge and tiny boats that jetted over the water, making her way back home to the countryside during school breaks. I remember how proud I was when I figured out on my own how to navigate the taxis and ferries of Georgetown. But for her, she merely needed to make it home.

The last time I went to Guyana, my mom’s cousin took me to the house my mom grew up in for school. I walked the path she would have taken to school. For a brief second, I wanted to walk in her shoes. The buildings around me disintegrated, replaced by a few hardy wood buildings and concrete stone. The street was quieter, not the bustle of Georgetown now.  I felt almost invisible as I imagined mango trees overflowing and the dirt road lined with bush. A little girl with long pigtails, shiny black shoes and white frilly socks doddled by, looking around her holding her lunch and school books firm. She was always a studious one.

Years later, I find myself standing over a pot of hot water. I am preparing to take a bath. The water heater in the apartment has broken and icy cold baths are unbearable in the slight chill of a Bogotá fall. I chuckle to myself as I think of the eager 8 year old hanging on her mother’s every word as she recounts her trip. I lather well. Although I have no calabash, I scoop a porcelain bowl of the warm water on my body. It courses down my skin, winding like the many rivers of Guyana. It cleans me like auntie once did. I feel not the Bogotá chill, but the sea breeze from a speedboat jetting towards the West Bank of the Demerara. And my 8 year old self walks hand-in-hand with the little girl with long pigtails, shiny black shoes, and white frilly socks down a long dirt road.

View all posts by Tiffany